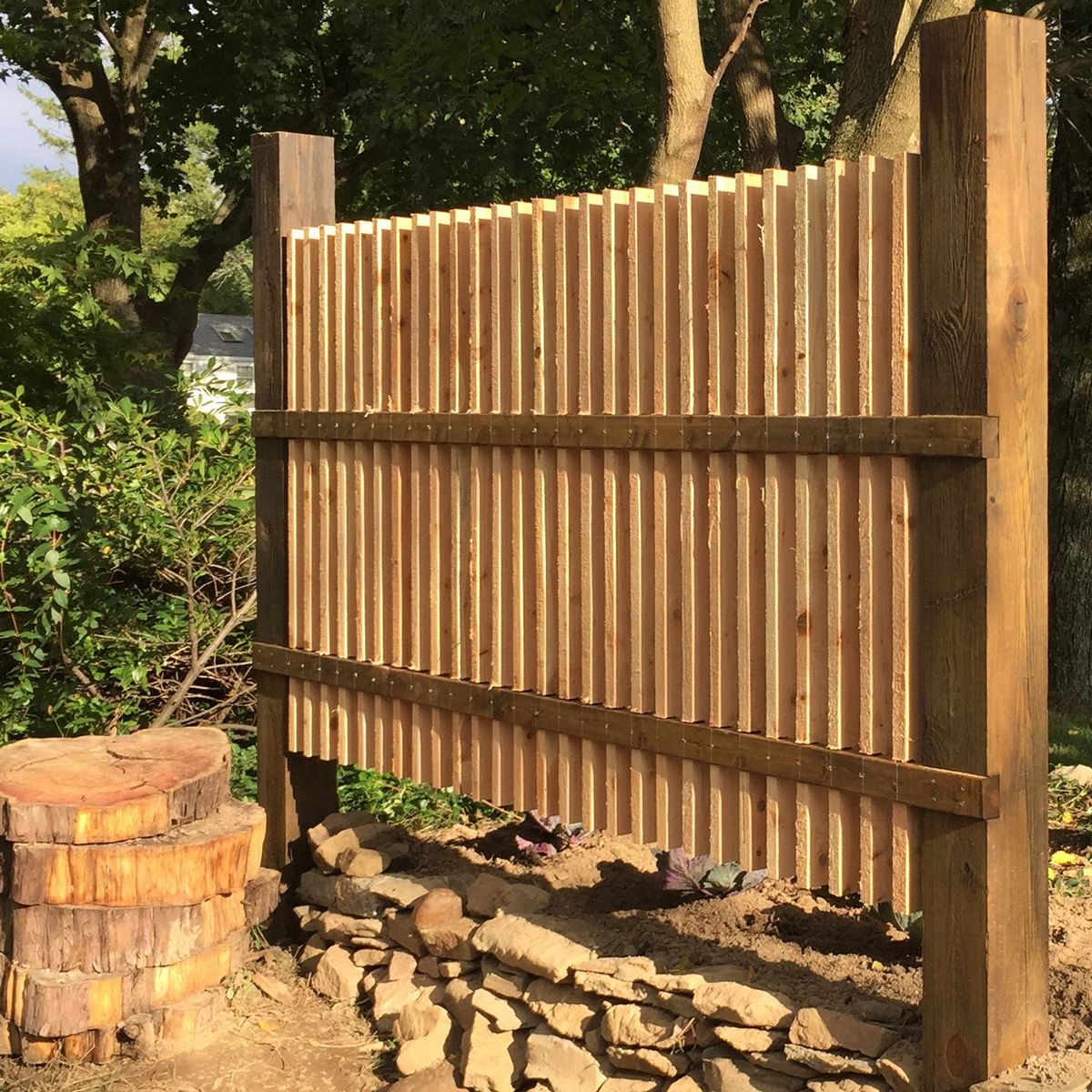 The status quo begins as an outlier. It is imbued with a critical degree of intelligence in the first stages of conception, to the point that it assuages the ailment, indulges the curiosity, or solves the problem set before it. The built world finds form in this kind of design process. An architectural element is manifest from a direct need to inform space, yet when the functionality that results occludes its very ability to embody an idea or have a spatial effect, that element becomes a commodity. A bathtub, a front door, or a roof truss - an element that has become the rule, form-fixed, mass-produced, bought and sold in catalogues. It becomes indifferent as it slips into the category of generic building, its initial mystique long forgotten, rarely recovered, misused, challenged, or reworked.

A fence is one of these commodified building elements. The common definition is given by Wikipedia in two parts,

“A fence is a structure that encloses an area, typically outdoors, and is usually constructed from posts that are connected by boards, wire, rails or netting. A fence differs from a wall in not having a solid foundation along its whole length.”

An agricultural fence has a strict function to hoard precious livestock, keeping them safe from predators or the ability to run astray. These fences come in packages: barbed, high-tensile, woven wire strung between standard poles. They are basic in form and necessity. Likewise, a residential fence keeps the neighbor at bay, finding form in a picket or split rail, a nondescript line of vertical posts and horizontal ties that mark the property line. This fence is a symbol. The “white pickets” conjure the American Dream, protecting, containing, perhaps even obscuring the house, the dog, the car, the kids, the yard. Yet, these nondescript lines offer very little of visual interest in return. Options are limited, as fence suppliers offer pre-fabricated, approved products. Chosen from a brochure or a hardware store, these fences are so ubiquitous that they become invisible within the residential landscape.

The project for a dynamic picket fence usurps this accepted, now commodified, condition with the intension of elaborating on its most basic characteristics to be in service of the house: Prospect Stronghold is a defensive residential landscape reinforcing a house’s right to secure itself against the wandering eye of its neighbors and strange passers-by. The Stronghold engages its territory through techniques of camouflage. Fence, path, wall, stoop, lawn and garden are deployed to form a ripple of disruptive layers between the view-shed of a prying eye and the interior domain. As the outermost boundary, the fence defines the site’s new architectural language, beginning with the picket array that is used as a perceptual device to divert direct vision away from the house. As a more active and integral tool, the fence negotiates its placement and functional flexibility on the site to engage, as a buffer zone, the area between the house and street.

The Stronghold dictates variations in visibility along its length by creating a protective screen on the corner lot. The white cedar fence on the outer-most boundary of the complex is composed of thin, vertical pickets whose depth and rhythm in spacing is calibrated to limit (sneaky) oblique visibility where desired. For instance, a four-inch deep picket spaced three inches on center will allow for approximately sixty degrees of transparency through a frame from across the street. At any given point, an outsider can see all the way through only by looking head on. At the garden, the picket arrangement takes on an aberration that catches the eye, directs it inward, points and brags. Pickets are arranged from the inner sanctum of the Stronghold to stonewall critical points of view on the exterior, while coordinating degrees of permeability to the movement of the well-trafficked intersection of two streets. Thus, frames of buzzing patterns create a play of transparency and opacity as one moves around the site, diverting focus from a comprehensive view of the house.

Likewise, the fence is set on a continuous, horizontal sight line to reinforce the posterior position of the house. A typical fence follows the landscape, rendering its composition as uneven as the landscape tends to be. Consequently, any undulation in the terrain taken on by the lines of the fence gives presence to its immediate vicinity rather than the greater space outlined by its boundary. To prevent such a loss of territory at the Stronghold, the pickets and posts are set at a level plane. The vertical limit of this plane is established at the highest point on its planned path, so that as the ground drops off, the fence maintains its position. A floating, uniform line of pickets demands independence from the uneven grade while simultaneously establishing a relationship to similar orthogonal content in view beyond. In this configuration, the yard is an extension of the outer wall of the house and the constructed plane of the fence. The visual connection made between the two boundaries endows the house with a greater perceived presence on the site.

Finally, with its sight lines fully prepared, the fence enlists a variety of uses along its length to invigorate the space of the yard. Prior to the construction of the Stronghold, the large, open area surrounding the house was given over by the public domain. The house made little use of it, as a result. The fence reclaims this zone for the house by simply enclosing the yard. A plethora of viable spaces are created. In portions where a large degree of privacy is instituted by tight picket spacing, the yard becomes another living room. The thin architecture continues to take on functions of a wall in the house, such as water supply and electricity, though it is technically without foundations. Trash receptacles and the mailboxes, functions that occupy the street’s edge but belong to the house, are constructed in situ to have a very intensional place on the fence. The garden, once the only regular activity in the yard, makes use of the convenient apparatus for hanging utilities like cold frames, tool bunkers, and birdhouses. (Image 5, 7)Otherwise, modification is made easy by design. Any one of its members can be put into place by a single person. The redundancy of material ensures that any number of pickets can be removed, replaced, or reconfigured to create variations in visual effect or practical function.

A complete arsenal. The Stronghold is disguised as a soft intervention with hard architectural consequences. It enlists its vertical and horizontal structure in a strategy of disruptive layering and camouflage that captures the eye and diverts it from the house. It employs tactics of a wall to reclaim the territory of the house, enclosing yard and garden, while negotiating the terms of essential use between house and street. It is has an unexpected light quality that imbues the space with a soft glow on a sunny day. Its full effect can only be experienced in person. An intervention like this must be created on the drawing board, refined on site, and cannot yield to the picking and choosing of building elements found in catalogs. However, for there to be an extraordinary condition, there must be an accepted order to which it inherently refers. Such an exception defies, eludes, transcends. With the given ingredients, it creates something new, thoughtful and evocative. The Prospect Stronghold takes this challenge to go far beyond its neighbors’ banal form and call to basic function, to once again represent beauty and power in the residential landscape, to stand as a work of architecture.